Love the smell of new beta archives fresh off the Xcode Organizer! Shipped a new beta for Thought Detox early this morning, and new betas for the WriteFreely iOS and Mac apps this afternoon. Hashtag Productive!

Thing I want to type: “smart”

Things my fingers are typing for me: “smort”, “shart”

February is shaping up to be a winner already.

I've given up on widgets on macOS 11. I know it's part of “livin' the beta life,” but having to set them up all over again every time there's a system update is a headache.

If you're running the WriteFreely for Mac beta, make sure you've got “Test versions” selected in Preferences > Updates — there's an update out for you today. 🙂 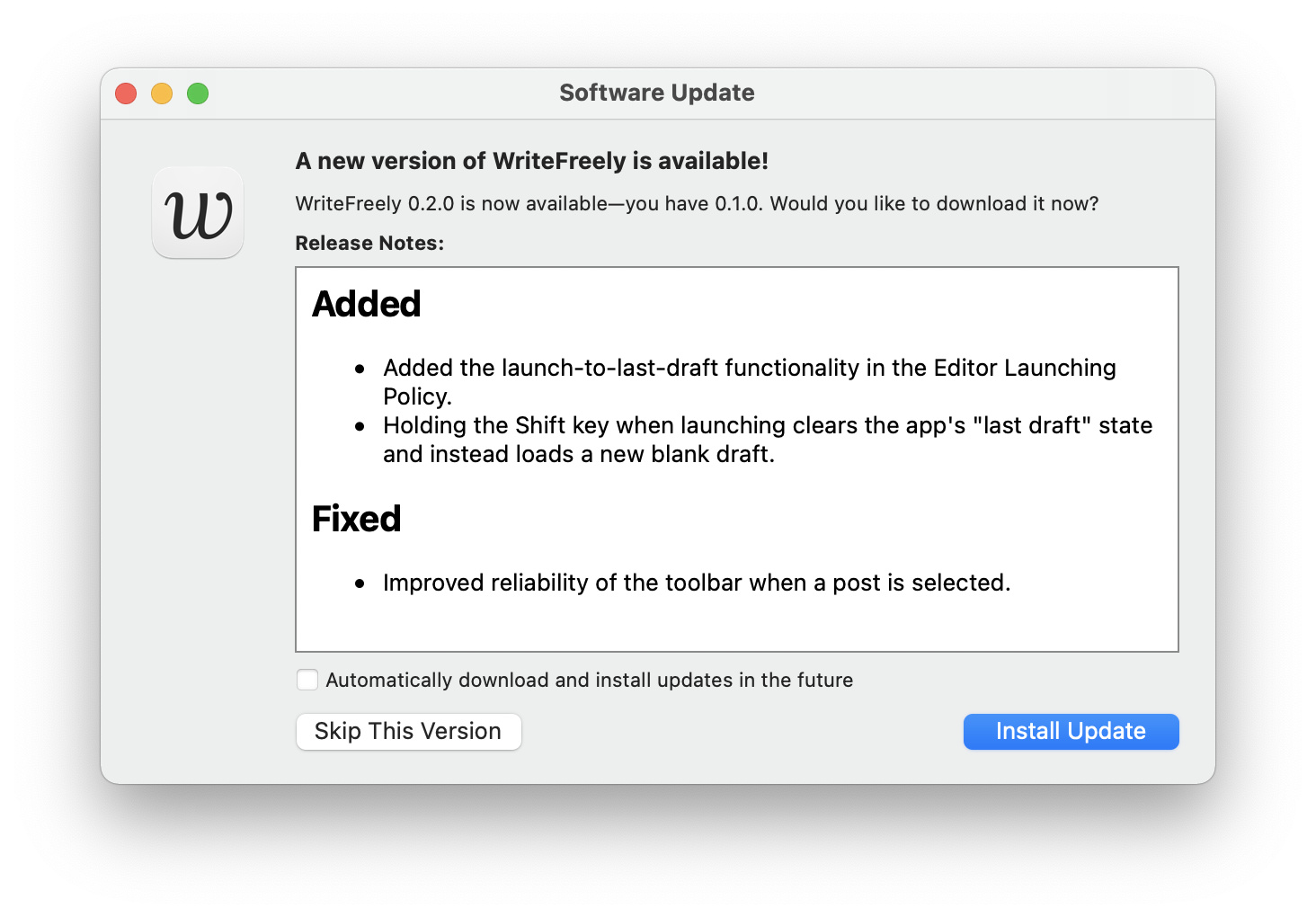 In this commit, I'm making WriteFreely for Mac check if you're holding the Shift key on launch, and run debugging code (specifically, reset your last-draft state) if you are. So easy in SwiftUI!

Released a patch update to WriteFreely for iOS, fixing some unpleasant issues for VoiceOver users. Let us know what you think!

“Driven By My Disgust”

Austin Kleon, on “taking it and turning it.”

Public health authorities state that there have been next to zero cases of the flu reported in Quebec and Canada since April 2020.

BioNTech’s mRNA vaccine tech has apparently helped them develop a vaccine that cures some forms of multiple sclerosis in mice. 🤯