It's been a while since I wrote an annual retrospective (publicly, anyway). It feels like a tradition worth revisiting — even if we are almost a week and a half into the new year.

But hey, this is my blog, so I can post these whenever I want.

A lot of 2021 felt more like 2020, Part II. The year started off with COVID curfews and an over-arching, I dunno, malaise. Our old car gave up the ghost at the beginning of the year. Vaccines helped bring back a modicum of normalcy, but that felt short-lived in the face of a fast-spreading new variant. Headaches prompted an eye exam that resulted in reading glasses.

Nonetheless, looking back, I can list a few highlights.

After a few months of working in SwiftUI, I built and launched Thought Detox for iOS, based on the original Glitch webapp I created a little while back. It was pretty well received, with (currently) 142 upvotes on Product Hunt, and even getting a write-up on iMore, which was pretty cool. As a paid-up-front app, I expected download numbers to be pretty low — and I was right. Still, it's put me solidly into hundredaire territory, and hopefully it's helped people find a bit more peace amidst their thoughts.

Also nice: I had a goal of making Dropped Bits profitable this year. Sales of Thought Detox, along with a culling of unnecessary expenses, helped me reach this goal by April. So that's pretty cool.

Spring: So. Many. Interviews!

In March, I started looking for full-time employment, after four years of contracting for various companies.

By April, I was interviewing for iOS developer roles at six or seven different companies. This was gruelling, given the take-home projects and 4-5 hour all-day interviews. But it was also pretty cool — I was really flattered by the number of organizations that were actually interested in talking to me.

Turns out, I'm not the worst developer.

Some notes on the process:

At the end of it all, I ended up taking on another contract position as a senior iOS developer at Slumber Group. Their small team focuses on helping people sleep better through audio, via apps and podcasts, and I primarily focused on the Deep Sleep Sounds app.

Nice things about the role included a week that was mostly devoted to focus time, with only three meetings a week, and a low-pressure environment. These are folks that understand the value of work/life balance, with leadership not only talking the talk, but walking the walk, as the kids say.

Ultimately though, after nearly five years, I've realized that being a startup contractor injects a little more stress into my life than I want to reasonably handle — so New Years Eve was my last day on that contract. More to come on what's next for me!

Four years have have gone by since our cat Zeus passed on. It's still a very tender memory, and I still tear up a little when I write about him. At the time, I wrote that we needed some time to grieve before bringing another animal home, but that there was a cat-shaped hole in our lives.

In June, we filled that hole with this derpy little fellow: 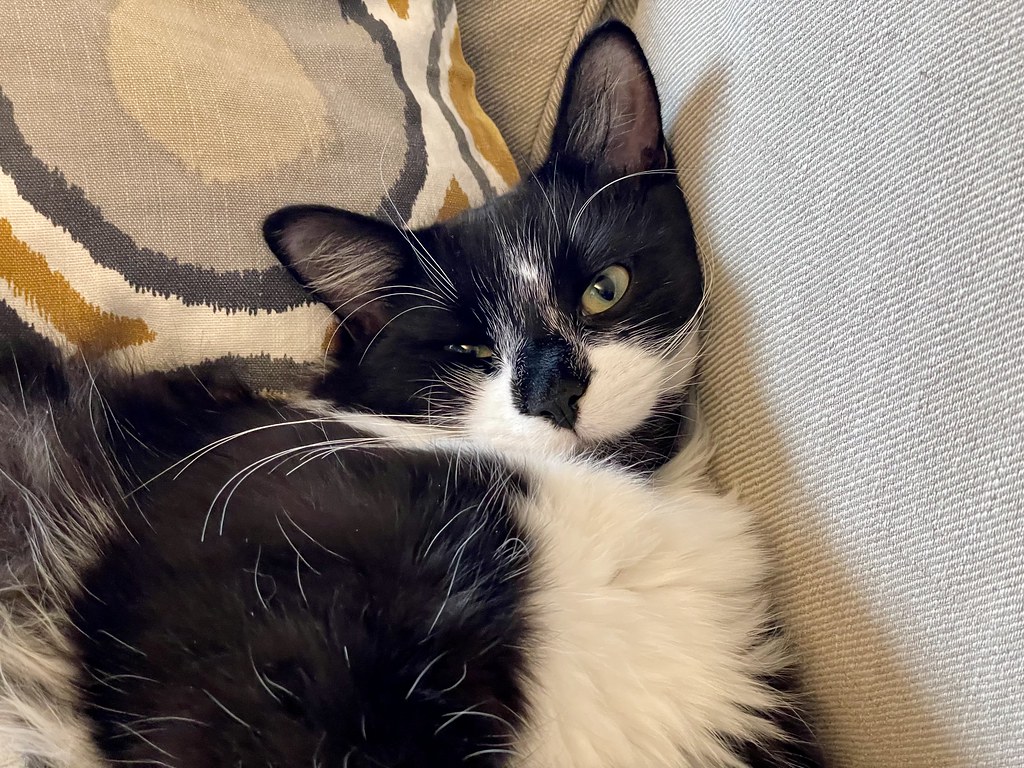 Merlin is closing in on ten months old and eleven pounds heavy. He's a tank of a kitten, crashing around our flat with reckless abandon when playing, but also a very sweet and affectionate fluffy friend who loves to spend time curled up with his people.

Mornings are very different now. Gone are the pre-work hours I could spend on meditating and working on whatever projects I had, taken over by insistent “LET'S PLAY!” mews that start around 6AM. Ignore them at your peril — Merlin knows that being a troublemaker results in The Chase, and there's nothing he loves more than The Chase.

(Except maybe watching Birder King videos, as evidenced by the paw prints all over our TV.)

When our eighteen-year-old Civic fell refused to start one morning in late February, we were handed a repair quote that included an engine swap. It was time to say goodbye, after eight years, so we had the Kidney Foundation come pick it up in exchange for a $300 tax donation receipt. 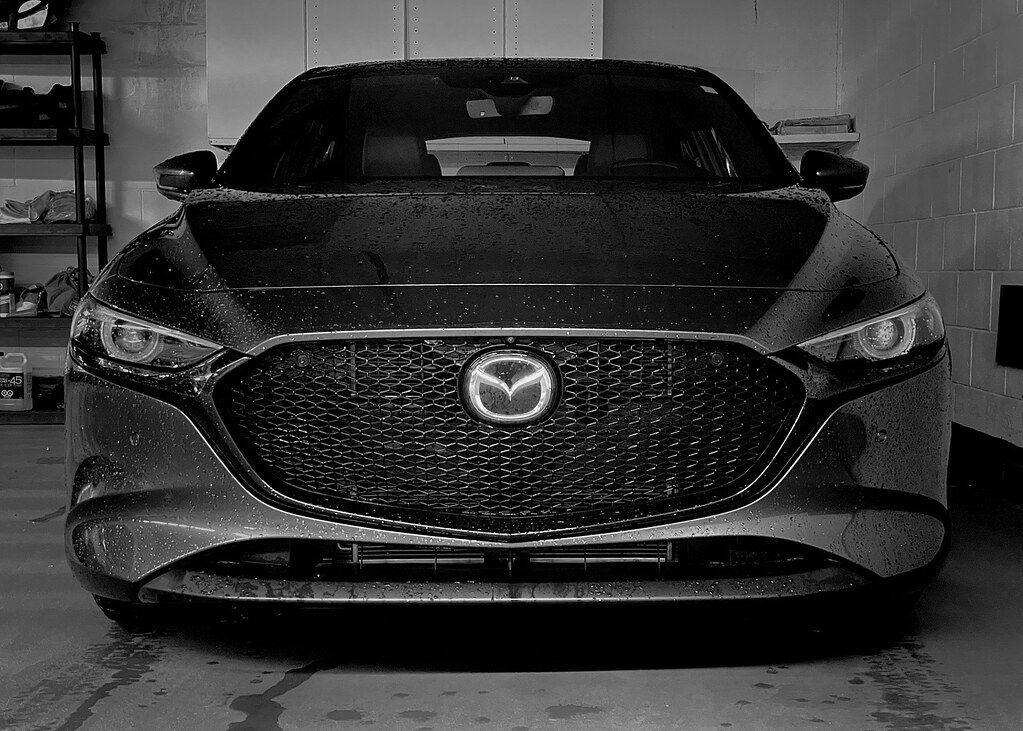 I've never named a car before, but then, I've never had a new car either. I've put about 1500km on the clock since then, and every one of them has been a pleasure.